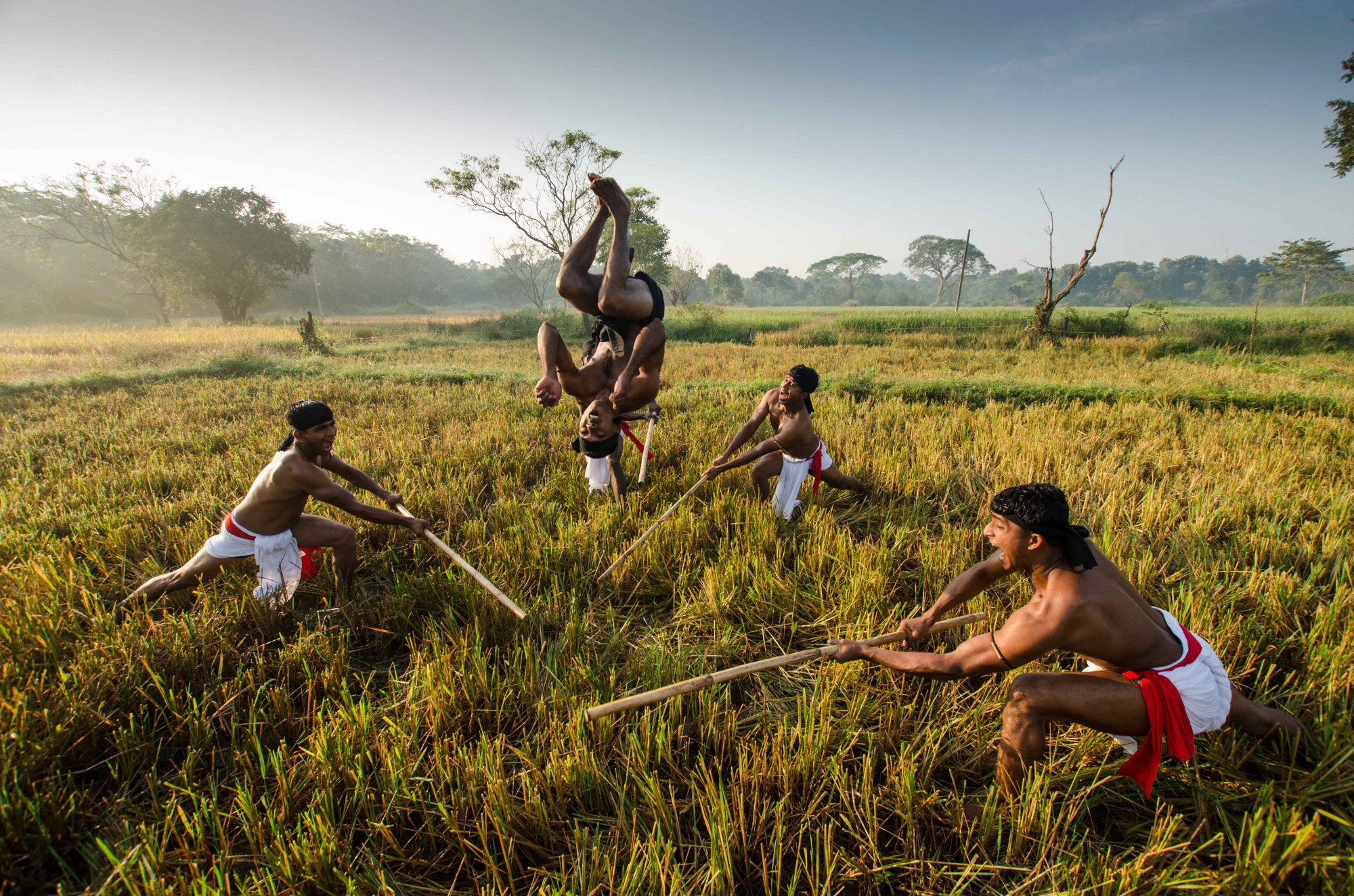 It has been centuries since the rana bera or war drums beat in unison. Those throbbing rhythms brought visceral fear and horror to those who heard them coming from the distance. The rana bera crashed and rang out for millennia. Through the forests, in the plains, and over the mountains, they led the charge of the Sri Lankan forces against the Pandyan kingdom and the invaders of the Chola dynasty. Centuries later, the rana bera rang its fearsome sound in the battles against the Dutch and the Portuguese. But, the sound of the rana bera is seldom heard anymore.

The main reason behind this can be traced back to the 5th of October 1818, where the British Governor of Ceylon, Sir Robert Brownrig prohibited the practice and teaching of Angampora through a government gazette. Surprisingly, this law stands to this day and the practice of Angampora is still technically illegal. Those who know better understand the redundancy of this law, and the rest are completely oblivious to it. Through the sheer perseverance of committed practitioners who kept this art alive in secret, Angampora has survived to this day. It goes to show that no foreign laws had the power to completely uproot a history that spans millennia. The survival of Angampora means that Sri Lanka still has a valuable cultural asset that connects us intimately to a rich and fascinating history of over 2500 years.

Those practitioners who keep the art alive today trace the origins of Angampora to the times of legend. Some stories go back to periods that are difficult to fathom. 30,000 years ago (yes, 30,000!), a paddy farmer named Kahalsen is said to have defeated 8 archers with an incredible display of sword fighting. Another story traces Angampora’s origins to a historic duel between the two giants Gotaimbhara and Jayasena. Yet another story says 9 Rishis (holy men) in the mythic times of Ravana developed the various facets of this martial art such as medicine, spells and incantations, and music. The exact origins of Angampora are shrouded in the hazy recesses of time, but there is much more evidence than just myth that substantiate its ancient beginnings.

Sri Lanka’s history retains its richness due to the fact that a large amount of historic literature was kept preserved in leaf manuscripts. Further validation can be gathered from the hundreds of cave drawings, carvings, sculptures, and murals that lay intact inside ancient temples strewn throughout Sri Lanka.  A variety of historic sources; written, drawn, and carved, bear testimony to the ancient beginnings of Angampora. In fact, manuscripts were kept safe and hidden during the time of colonial rule, allowing today’s practitioners to connect to the teachings of their ancestors after centuries of imperial persecution. In these manuscripts, age-old lessons on combat, medicine, spells, and astrology were transmitted through time and brought back into life. Much of the teachings of Angampora lie intact, but scattered around Sri Lanka in slightly varied forms.

But, as in everything that changes with time, Angampora too has changed and evolved as history progressed. As an island that was coveted by many empires in the past, Sri Lanka experienced frequent invasions from foreign armies. Hundreds of years of such military exchanges meant that Angam fighting had to adapt to changes. Sword fighting, for example, changed significantly during the Portuguese period because Angam fighters had to adapt to battling different types of weapons such as scabbards and guns. Exchanges with Indian mercenary armies and Chinese traders brought in more elements from outside and assimilated to the art. Therefore, the art stayed alive, but underwent inevitable changes over time.

Despite the influences of other cultures, the discipline of Angampora is unique in its own right. Unlike martial arts such as Capoeira and Boxing, Angampora is an art of Philosophical Boxing, or a fighting style that is based on a philosophy. In this case, it is a combat philosophy that is unique to Sri Lanka. The art is not simply limited to physical combat attacks, it branches out to many fascinating facets of knowledge such as medicine, the art of pressure point combat, astrology, and the mysterious art of Maya Angam or Supernatural Angam. Arts such as these validate Angampora as being a unique Sri Lankan philosophy, and not simply a combat style. There is a richness and depth to Angampora that evokes a sense of pride inside any Sri Lankan who learns about its ways. In Angampora, we see an art that was developed with sophistication and intellectualism over centuries, and it deserves greater attention from our own citizens today.

The rana bera doesn’t beat anymore, but the essence of its lost rhythms are still alive today. The survival of Angampora is a testament to the resilience of our ancestors and our people. Sri Lanka may have stepped into the era of technology and industry, but the distant echo of the rana bera of yore ring out to this day to remind us of our unique heritage. The people of Sri Lanka are slowly stepping out of the stupor of colonialism and are beginning to realize that our history in the world is unique, fascinating, and mysterious. The remnants of our glorious past remain to this day for us to delve into and rediscover. Slowly, but steadily, the legacy of our ancestors is beginning to emerge from its long absence. Angampora is a legacy that deserves our attention, and it is time for us to relearn the sound of the rana bera and rediscover our heritage.